Over the past 10 days:
Lin2Death.com
Beginner's bonus 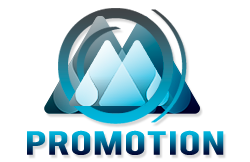 L2GOP.COM - Lineage 2 server announcements | New L2 servers | Announcements l2
Our announcement of lineage 2 servers provides a huge selection of Interlude, High Five, Essence, Epilogue, GoD, C4, Lindvior, Gracia Final, Freya, Helios, Classic, Ertheia, Orfen and others chronicles. As you know, all these chronicles are in demand today, because even according to statistics, the opening of new l2 servers is constantly growing and dozens of la2 servers are opened every day, right? How to choose the best option for yourself, so that there would be a large online, long and reliable server that will not close in a month, or even a week. As everyone knows, many l2 servers are made one-time without capital investment or in everything on free hosting or home PCs, the most effective way is to pay attention to the design of the site, the number of live people on the forum, but it's best to look at the ads that are posted, because you agree the more budget, the more players will know about this project! Therefore, we advise you to pay attention to the banner advertising of the project, as well as the VIP status that is booked a long time before the opening, the longer the ad is there, the more people will recognize it, therefore there will be many live players, and thus there will be a lot of fun and a long life project. At the moment, the most popular rates are x10000, x50000, x100000, x50, x100, x1000, x1200, but there are also quite a few people on others like on x1, x3, x5, x7, x10, but Low rates are of course not inferior to PVP servers , although multi-professionals also happen with pretty good online and they have a pile of la2 players. La2 has always been in demand because its classification is balance and stability, quests are well-known and sleepless nights for crafting gear or round-the-clock insertion of drugs into weapons in order to catch the necessary skill, therefore, even a year after the release of the Ruler, they are still in demand among thousands of players , even many who switched to other chronicles, most still remained on their favorite chronicles, be it Interlude, hi-fi, essence, year, c4, grace, helios, freya, classic or others. For many, all childhoods have passed, but what can I say, some even play with families there, so choose the project you like on our L2 server announcement, because our database is updated daily and we monitor new servers, we publish only the highest quality and worthy of your attention ! If you remember how everyone started playing, how they got there for the first time, someone found it on the Internet, someone played locally because there was no access to the Internet, someone was advised by friends and they got hooked on the colorful, fabulous MMORPG game Lineage about that will be remembered for years to come. Find on our server announcement new l2 servers that you like and play with pleasure, and in the meantime we will follow the l2 announcement and add new announcements about the opening of all chronicles, because l2 anons is made for you and your convenience. We monitor all changes daily and quickly add information so that you can see all the new items quickly and efficiently. VIP status highlights the server in such a way that visitors to our site immediately notice it, which in turn increases interest in the project. After all, the most devoted fans of L2 are always actively following the news and waiting for the opening of new servers.